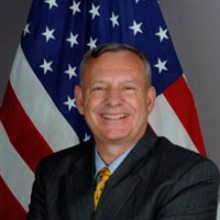 “It became clear in my discussions with MacB’s senior management team that this is a company that has a deep understanding and a passion for the national security of the Nation,” said Dailey. “For three decades, they have partnered with the Federal Government to provide solutions that have increased the safety and security of our citizens at home and abroad. I look forward to providing the team with my insights and expertise.”

Most recently, former Ambassador at Large Dailey served as the Department of State’s Coordinator for Counterterrorism, charged with coordinating and supporting the development and implementation of U.S. Government policies and programs aimed at countering terrorism overseas.

Prior to his assignment with the State Department, Dailey spent over 36 years on active duty in the United States Army, reaching the rank of Lieutenant General as the Director of the CSO, USSOCOM, at MacDill Air Force Base, Florida.

Dailey received his Bachelor of Science degree from the United States Military Academy at West Point in 1971 and earned a Master’s degree in Public Administration from Shippensburg University in 1994.