You are at:Home»Execs to Know»Q&A with Jeff Ward of MaaS360 by Fiberlink: The Corporate Culture Factor and “Ten Commandments for BYOD” 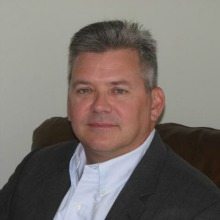 Mobile Device Management (MDM) expert Jeff Ward, Vice President of Federal Services for MaaS360 by Fiberlink, spoke with WashingtonExec about the state of Federal IT.

Before joining Maas360 in 2002, Ward worked at Kodak, Systems Industries and served as a Captain in the United States Marine Corps flying Close Air Support.

We discussed with Ward the paradigm shift in federal IT, bridging the mobile security gap, and how to monetize mobile in the era of government pilot programs.

WashingtonExec:  What do you see as the biggest challenge to mobile security?

Jeff Ward: The biggest challenge is that endusers want to use a smart device today for business purposes, but the tools are not quite there yet that provide IT the same level of security enforcement they are accustomed to on mobile laptops.  Fiberlink sees smart devices really as no different than laptops.  So, our goal has been to meet that challenge by leveraging our cloud based mobile laptop management platform, MaaS360, to provide IT the best Mobile DEVICE Management capabilities available in order to build as close to the same level of security possible on smart devices as they have come to expect on laptops.

WashingtonExec:  How do you think the smart phone craze has changed the federal IT world?

Jeff Ward: Consumerization has really changed IT from a government perspective in that there was a day when the federal government would say, “Industry, here’s where we are going – you need to help us get there”.  That paradigm has shifted somewhat dramatically to where the end users are now driving federal IT by saying, “this is how we are used to working, how are you going to enable it?” With the pace of retirements of the existing workforce, the federal government is trying to attract the best and brightest of the younger generation, and they can’t do that by chaining them to a desk and giving them a desktop computer.  Federal IT must figure out how to support their demand to use smart devices to work and live, or they will lose the new millenials to private industry.  I think that is the single biggest impact that smart devices have brought to federal IT.

WashingtonExec:  How do you predict that this new wave of mobile technology will compare in significance to other IT breakthroughs such as cloud computing, the internet, big data, etc?

Jeff Ward: The Internet clearly was the game changer, as we wouldn’t have smart devices if we didn’t have the Internet.  I’m not sure anything, in my mind, will ever quite surpass that.  Cloud computing . . . not so much, as it has been around for a long time, just under different names.  Big data certainly is a hot topic and is a problem that must be tackled, but I think, second to the internet itself, mobile technology is by far the most significant IT breakthrough I’ve seen.

“With the pace of retirements of the existing workforce, the federal government is trying to attract the best and brightest of the younger generation, and they can’t do that by chaining them to a desk and giving them a desktop computer.  Federal IT must figure out how to support their demand to use smart devices to work and live, or they will lose the new millenials to private industry.”

WashingtonExec:  What agencies do you see as the most aggressive with BYOD policies?

Jeff Ward: GSA.  They are the flagship for the new initiatives that come out of OMB; be it Telework, GreenIT, Continuous Monitoring, Cloud or BYOD.  I know the Department of the Interior has written a draft of their BYOD policies as part of their IT Transformation Initiative as well. These are two agencies that seem to be leading from a BYOD perspective.

WashingtonExec:  Are we doomed to mobile pilot programs? How do you monetize mobile?

Jeff Ward: Everybody seems to be dipping their toe in the water now with evaluations and pilots, but there some agencies that are moving more aggressively.   I think most are waiting for the MDM world to catch up in terms of the security tools that are available, such as Apple getting FIPS certification.  Once that happens, I think you are going to see the pace of adoption of smart devices rapidly accelerate across the federal government.

WashingtonExec: Where do you see this mobility trend going in five years?

Jeff Ward: From the conversations I am having, mobility is less and less about the specific device or operating system or applications, and more about how to serve up data to the device, or whether even to allow any data on the device.   The trick will be how to enforce enduser behavior on a smart device used for federal business purposes in order to ensure that the right people have access to the right data at the right time.

Washington Exec: What is something you wish your clients understood about mobile technology?

Jeff Ward: What we try to help our customers understand is that you want to invest in an MDM platform that, regardless whether the form factor is a laptop, the latest smart device or the next device, that platform is going to allow you to quickly and easily adapt to whatever technology best helps you meet your mission objectives.   In this very fast moving world of mobile technology, speed IS security.  What I mean by this is that the faster you get that new device or OS or application into your endusers hands, the more secure your data will be. And not because it’s the latest toy, but because it supports, for example, better encryption.  There is no way a hosted MDM appliance solution can scale to the volume or speed of change demanded by today’s endusers.  With a true cloud service, a single QA cycle and a single code elevation means instant availability to every user of that service to either allow or disallow enduser access to a new feature.   That is how we have built MaaS360:   to be light on its feet with no infrastructure requirements and quick to deploy in just a few minutes over the phone, in order to give our customers maximum flexibility to keep up with the frantic pace of change in mobile technology.

WashingtonExec:  Are you saying corporate culture is a factor?

Jeff Ward: Absolutely.  If you’ve got an old school, network hardware mentality, and you try to support mobile devices in that framework, it is frustrating for everybody.

WashingtonExec: In MaaS360 by Fiberlink’s Ten Commandments for BYOD, number 7 is labeled: Part the Seas of Corporate and Personal Data. If a device is compromised, how do you see corporate IT leaving personal photos/data “untouched?”

Jeff Ward: This was a request from our customer base early in the adoption cycle of smart devices, so MaaS360 has had the ability to selectively wipe a compromised device of government content, app’s, data and profiles, while not touching personal photos and data, for quite some time.   In addition, MaaS360 provides some very unique features to protect Personal Privacy on smart devices used in a BYOD model, such as preventing the collection of location information and masking personal app’s from the view of an IT Administrator.

WashingtonExec:  What is your favorite app?

Jeff Ward: My favorite app is called WeChat.  I’ve got a daughter that lives overseas and WeChat provides the ability to do voice messaging, text messaging, and send photos and video for free.

Jeff Ward: There is a book out now called Unbroken that you may have heard of.  It’s about an Air Force pilot shot down in the Pacific during World War II who survived both the elements and a Japanese prisoner of war camp.  I’m a former Marine Aviator and my mother was an American prisoner of war in the Philippines, so I’m anxious to read this book on a number of levels.