You are at:Home»Execs to Know»Interview With Chuck Brooks: Starting Brooks Consulting International And Finding A Niche 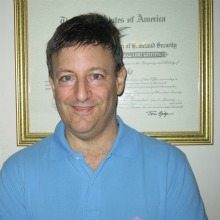 WashingtonExec chatted with Chuck Brooks, President of Brooks Consulting International, about networking to gain new clients and why he loved working for the Department of Homeland Security.

Brooks also discussed being a family man and why cybersecurity threats keep his mind running at night.

WashingtonExec: Could you please tell us a little bit about your background?

Chuck Brooks: I am the President of Brooks Consulting International, a firm that specializes in the outsourcing of government relations, marketing, and business development to both the public and private sectors. I am also an Executive Consultant to McConnell International, Tunnell Government Services, Spring Wireless, and InZero Systems.  I also serve on the Advisory Board.

What areas do you hope to specialize in with Brooks Consulting International?

Chuck Brooks: Homeland and National Security issues have always been a passion for me. This includes a focus on the subsets of cyber security, big data, and CBRNE and various security technologies. I also have a strong interest in the field of global political risk that is now the focus of many hedge funds. I do recognize that one person cannot be an expert in all issues and supplement my efforts with a network of experts that work with me on other (economic, energy, health) issues.   My company plans to fill a niche for clients as a vehicle for “outsourced government relations/marketing/business development”. Because of the uncertainty of sequestration, volatile budgets and continuing resolutions, I think the trend will be for companies to be resourceful, strategic, and adaptive. I hope to serve those needs by being part of their extended teams as a cost effective and collaborative asset.

WashingtonExec: Where are you from originally?

Chuck Brooks: I am originally from Chicago (still a die hard Cubs fan – wait until next year!) and came to DC after finishing grad school at the University for Chicago. I decided to come out East where the political action was.  I loved Chicago and still visit often but do not miss their weather and the three months of snowstorms.

WashingtonExec: What is one of the highlights of your Government Relations career?

Chuck Brooks: No doubt, the most fulfilling role I have had in public service was being a “plank holder” at the Department of Homeland Security where I helped set up the Legislative Affairs office. It was the largest “Start Up” I have ever been involved in supporting. We were lucky to have Hon. Tom Ridge and Hon. Michael Chertoff steering the ship during my years there.  And I was lucky to work with some of the best and brightest people around, including directly for two brilliant Under Secretaries of the Science & Technology Directorate at DHS, Admiral Jay Cohen, and Hon. Charles McQueary. In retrospect, to meld a lot of different law enforcement agencies and cultures is quite a challenging task and DHS is still a young pup on the block compared to other federal agencies. The people who worked there and continue to work there are a very dedicated and mission-oriented bunch and do not get the credit they deserve. It will take some time, but DHS will continue to evolve into a more unified department.

Although not government relations (but about government relations), my two years on the Adjunct Faculty spent teaching graduate students at Johns Hopkins (SAIS) was also very rewarding for me. I was impressed by the intellect of those grad students who will become future homeland security leaders.

WashingtonExec: What steered you toward consulting rather than executive management?

Chuck Brooks: In my executive roles at both public and private sector companies I had often been tasked with managing consultants and government relations firms. Their levels of experience, knowledge, and contacts impressed me. I learned from them and their professionalism and initiative. The government relations and marketing consultants provided capabilities that cannot be found under one corporate roof. Because of the changing technology economy combined with the new sophistications involved in the legislative process, the government relations world has been in a state of transformation during the past few years. Both the system and needs of the client have significantly changed. The new role of a government relations operative is not confined to the dealings with government officials and Congress. It also includes public relations & marketing, and strategy as a skill set. Companies and organizations not only need legislative access, they also need business development strategies and marketing to “set the table” for sales or policy implementation. And the nature of communications (which used to me a letter, fax or phone call) has been supplanted in recent years by emails, texts, cell calls and new media networking. A successful consultant nowadays is really a Renaissance man (or woman) and needs to be adaptive and multi-skilled in processes, relationship building, and more often than not, strategic partnering. It also helps to have friends on both sides of the political aisle if you want to be successful for your client. I like the growing aspect of wearing several hats as a consultant.

WashingtonExec: If you have a “tagline” or “motto” for Brooks Consulting International, what would it be?

WashingtonExec: When you are not working, what do you like to do in your spare time?

Chuck Brooks: Most of all, I am a family man with a great wife and two terrific daughters, a cat, and a little fat pug. My family members are all “foodies” and we spend time visiting farmer’s markets and restaurants. (I also Created and manage the “DC Foodies” Group on Linked In). We are also devoted realty TV fans of “Ghost Hunters” and “Pawn Stars”. My past passions had been powerlifting (I won several bench press titles in my younger years) and martial arts but it is difficult to find time to pursue those anymore because of valuable time needed for work and family. But that is OK with me.

WashingtonExec: How do you plan on creating and retaining your customer base?

Chuck Brooks: Washington, DC really is a city of networking. Initially I have reached out to former colleagues and friends. My goal is to be a boutique firm and focus quality time on several clients and deliver.  Success in fulfilling the needs of the client is always the best way to build and maintain a solid customer base.

WashingtonExec: You have an extensive background in national security and cybersecurity, what keeps you up at night?

Chuck Brooks: Because there is an open nation of soft targets, terrorism is always a worry. However, it is the catastrophic scenarios that really worry me. We live in a world of algorithms. Our nation’s critical infrastructure including the electric grid, transportation networks, and financial networks are all vulnerable to attacks by hackers and even governments. Cybersecurity capabilities in hardware, software, training and protocols, must keep pace to protect and preempt the increasingly sophisticated threats in both the public and private sectors. Another area of real concern is the bioterrorism and pandemics.  The Avian flu and SARs epidemic demonstrated how rapidly infectious diseases can spread globally. Detecting, identifying and mitigating bio threats (natural or man-made) is very challenging and there is little room for error when the public health is at stake.