You are at:Home»Execs to Know»Interview With Bobby Caudill: Big Data Challenges And Opportunities In Working For A Smaller Company 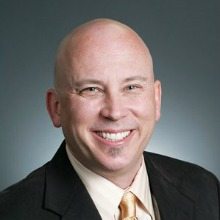 Bobby Caudill, Director of Federal Solutions at Cleversafe, believes that moving from a large to small company allows more freedom to build up from the ground and says that kind of opportunity “hits his passion button.”

WashingtonExec:  Could you tell us little about your background and what your role is at Cleversafe?

Bobby Caudill: I recently joined Cleversafe in the February timeframe as the Director of Federal Solutions.  I joined the team essentially to bring technical and marketing expertise to the federal team and of course to spend a lot of time evangelizing what it is that we bring to our customers.

WashingtonExec:  You recently moved from Adobe to Cleversafe. In your opinion when is it the right time to move jobs or start a new career path?

Bobby Caudill: For me, the right time to move is the minute that I’ve ran out of passion for whatever it is that I’m working with.  That’s been my experience.  Every time I get to the point either where the market is beginning to deteriorate and it’s just not that interesting or if I’ve actually gotten to the point where I feel like the technology itself isn’t driving some type of meaningful outcome to our customers – that’s usually when I start looking.

WashingtonExec:  What are some of the challenges and opportunities for moving from a large company to a smaller, newer brand?

Bobby Caudill: Coming from Adobe, which of course is a very highly recognizable brand, it was always very interesting that no matter who I would call on they would always take the meeting; Adobe being who they are but they wouldn’t necessarily always know why they took the meeting.  They kind of would always say, “Well you are Adobe. You’re safe.  Come on in.”  Moving to a new company, moving to a smaller, newer brand it is really interesting to have the opportunity to build that awareness and to build that thought leadership from the ground up.  I’m actually finding that to be a very enjoyable part of this new job and it is certainly hitting my passion button.  There is no doubt about that.

WashingtonExec:  You were contacted last month by Macon Phillips, the White House Director of New Media, to get your opinion on the Presidential Innovation Fellows Program.  What did you tell him?

Bobby Caudill: I was quite honored that he reached out to me via Twitter.  I took a look at the program that he was pointing me to – I responded back to him and of course also wrote a blog post about it.  The program he was pointing me to, which was essentially about creating better services for citizens, was really well thought out and the type of program that we’ve been looking for from a citizen’s perspective for quite some time.  This whole thing started around a post that I had put up regarding the new digital strategy for technology where I mentioned that this is great but the real problem is you are starting the design concepts from the perspective of data as opposed to looking at outcome.  When Macon pointed me to this new program, it actually started with – ‘what is the outcome we are trying to do’, ‘what is it that we are trying to accomplish for the citizens of the United States’.  I thought that was a really great place to start.

WashingtonExec:  What are some big data challenges that the government is facing?

Bobby Caudill: There’s a number – there’s a really obvious one, which is of course privacy, making sure that no one’s private information is being leveraged in some way that it shouldn’t. I spend a lot of time talking to organizations now about their storage requirements.  I think that’s really where a lot of their big challenges are coming from.  There’s so many sensors, so many data feeds, so many new file types and what have you that are pumping data into government that the real problem is where are we going to put it all.  I think one of the biggest challenges is coming up with an effective way to keep this information around for posterity and not have to be forced to make a decision today on what’s going to be important tomorrow.

“At this point in time data science is a very new discipline.

I think the gap is actually quite significant as we continue to build up the expertise in how to analyze information and then of course as we begin to solve the challenge of how to save more and more of this information as it comes in the door.

I think it is actually going to exacerbate the problem for a short period of time.”

WashingtonExec:  Is this hyper connected world with intense data mining and analytics more or less safe than the fragmented one we used to live in?

Bobby Caudill: I think it depends on the perspective you would like to take.  I’m very much into the whole hyper connected world.  I love social media and I love living my life in a very open manner, however, there are a number of people that don’t.  I think it becomes very personal whether or not someone feels more or less safe.

WashingtonExec:  The data gap – how large or significant is the gap between the data available and the amount of people able to analyze it?

Bobby Caudill: At this point in time data science is a very new discipline.  I think the gap is actually quite significant as we continue to build up the expertise in how to analyze information and then of course as we begin to solve the challenge of how to save more and more of this information as it comes in the door.  I think it is actually going to exacerbate the problem for a short period of time.  However I’ve also noticed that this has become a growth area for a lot of young people.   There are a lot of people who are beginning to gravitate toward this because they recognize that this is going to be something that is going to be around for some time and they can build a career around it.

WashingtonExec:  Do you like the buzzword ‘big data’?  Is there another word that describes what you do?

Bobby Caudill: As a marketeer I’m going to take a friendly swipe at myself – marketeers, the minute a new buzz word comes out everything becomes about that buzz word.  I tend to agree that the initial definition of what big data was has been lost over time.  At Cleversafe, yes, we talk about big data but what I try to do before getting too far into any conversation is to make sure that I define it from my own context so that people understand what I mean. When I’m talking about big data, what I’m really talking about is the ability to store huge amounts of information.  It’s not as much about the sources of the data and the analysis of it as much as it is about just the sheer volume of it.

WashingtonExec:  Why do you think the government has started archiving unstructured data?

Bobby Caudill: There is a distinction between structured and unstructured information. Structured information is anything that has a recognizable format essentially database information versus file-based information.  I think the government has actually been paying a lot more attention to unstructured data much longer than people think.  I’ve been in the text retrieval industry for a number of years.  The text retrieval industry was all about the ability to mine information or to discover information from unstructured data sources.  We started that back in the mid 90’s.  I think the distinction is that it’s become much more in public light and I believe it is very important that government continues to collect, mine and analyze because the real public opinion, what people really want, what people really need, tends to begin to show up somewhat unintentionally by analyzing that type of information.

WashingtonExec:  What do you value most out of an employee?

Bobby Caudill: The number one thing is absolutely integrity.  I can take people that may or may not work as hard as one another but knowing that I can trust somebody is actually very important.  Coupled with that trust is also efficiencies; just because someone works hard doesn’t necessarily mean they are working smart.  I also look for people that know how to get to an outcome and honestly as long as they are doing it from a point of integrity I don’t care how they get to the outcome, as long as it is favorable.  If someone can do it in an hour and it takes someone else three hours, as long as it’s what the business needs then I am a happy man.

WashingtonExec:  Who do you model your leadership style after?

Bobby Caudill: Honestly, my leadership style comes from my father.  I grew up as the son of a police officer and my father was and still is a man of high integrity, high work ethic and his leadership style would vary based on the situation.  When the situation warranted, he would lead from the front.  He would never ask anyone to do anything that he wasn’t willing to do himself but at the same time he would lead from behind by encouraging people, including his own son, to step out and take risks and try new things.  My dad is my hero, always has been.  I’ve tried to model my personal and professional life from a work ethic perspective, from the way that I treat people and the way that I’m raising my children much to the same way he did.