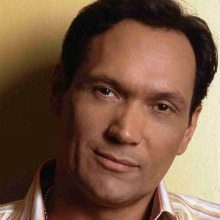 The American Red Cross has announced that Emmy Award and Golden Globe winner Jimmy Smits will be presenting at the 2012 Salute To Service Gala, coming up on May 12th, 2012.

Held at the Marriott Wardman Park Hotel in Washington, D.C. from 6 p.m. to 11 p.m., the black-tie event is the largest fundraising night of the year for the American Red Cross in the National Capital Region.

Kay Kapoor, Managing Director and Chief Executive of Accenture Federal Services is Chairperson of this year’s gala. Accenture is the event’s presenting sponsor.

The 2012 Salute to Service Gala honorees are Admiral Michael (Mike) Mullen and Deborah Mullen. Lieutenant General Russel Honoré will be Emceeing the event. The first Distinguished Woman Warrior Award will be presented to Danielle Green-Byrd, former Notre Dame Basketball standout who lost her lower left arm and hand while serving in the Iraq war under the U.S. Army in May 2004.

Tickets can be purchased at: http://american.redcross.org/ncrgala