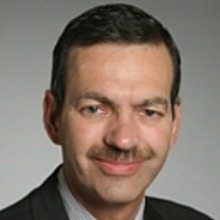 WashingtonExec had the opportunity to interview Mark Forman, our nation’s first Administrator for e-Government under the George W. Bush Administration, a position that some consider the “first Federal CIO.” Forman recently co-founded Government Transaction Services, a shared services and federal IT company.

In this exclusive interview, Forman gave three reasons why the federal government’s demand for big data analytics has increased dramatically over the past five years, two reasons why businesses in federal contracting should invest in big data capabilities, and three sectors where big data technology is in high demand.

WashingtonExec:  Could you please tell us a little about your background and what you are up to currently.

Mark Forman: My background is actually operations research. I started as a part of a group of people that were hired to be number crunchers for the Defense Division at GAO. I left and went to work at TASC before it became a part of Northrop.  It is a terrific company. I  left there when the Cold War ended and was working at a start up, Defense Group Incorporated for about a year, when Senator Roth hired me as a part of the Senate Government Affairs Committee to work on acquisition reform, technology, and defense issues.  After the Gulf War in 1990 and 1991 Senator Roth asked: “With all of the changes in technology giving us more for less why aren’t we seeing reductions in cost in government’s purchases?” And that led to what was called the Federal Acquisitions Streamlining Act. In 1997, I left and went to IBM.  In 2001, I was at Unisys for a short while.  I got a call from the White House to see if I could come interview for a job which turned out to be the CIO for the federal government; that was just terrifically exciting.  When they called to offer me the job I said, “I don’t do infrastructure, I just focus on business transformations.”  They said, “Yes, President Bush wants to focus on business transformation.”  The e-Gov strategy was the first task and we ran that using a commercial method.  I think we were fairly successful in establishing governance practices and implementing the e-Gov strategy.  I went to a Silicon Valley start-up and I came back to Washington and worked for KPMG for about six years.  I then had an opportunity to do another start-up with a friend named John Marshall; we had worked together in government reforms.  We created a company called Government Transaction Services to leverage a lot of cloud computing and shared services concepts.  We sell burden reduction as a service.

WashingtonExec:  Some people don’t know that you were the very “first” Federal CIO.

Mark Forman: I should actually go back and see what it said in my press release.  Few people remember that, back then, the whole reason the job was created was everybody wanted a Federal CIO.  Because of the way Congress works and  the way the management of OMB was set up the job was actually called the Administrator for e-Government and IT.

WashingtonExec: Why do you think the need for big data technology is exploding now?

Mark Forman: I think it’s really a confluence of events. First of all I think American’s problem solving and analysis skills are much more sophisticated now than in the last twenty years.   A lot of that is because of the way kids did statistics versus now.  When I was in school, you had to get time on the mainframe and I used packages from SAS to SPSS and so forth; now you can do so much of that on Excel.  I think that people, whether in in white collar jobs or  in blue collar jobs, are just so much more sophisticated in their problem solving skills.  Today, they’ve got a lot of the heavy duty tools like regression analysis at their fingertips with common software like Excel.  A second major event is that rich content is now widely available and that content provides a lot of insights and context for problem identification and problem analysis. YouTube with Twitter — that gives you some real time insights into all of the multimedia ways to get access to information.  You clearly see the convergence of different avenues making so much rich content available.  A third element I think you see in general with major shifts in the use of IT is a cost reduction element.  I think that exists now due to cloud computing, the Internet, the continuing Moore’s Law that is reducing the cost of storage, reducing the cost of compute capability – all these tech laws that continue to drive cost down now really are marrying up with this rich content, the access to it and the analytic tools.  The final element is the daily life on the job, which involves complex problems solving now. People talked about the knowledge worker ten years ago, its real — here and now.  That’s the job today — you have to be a complex problem solver.

WashingtonExec:  Why is big data technology an opportunity to grow in government contracting while there are spending cuts?

Mark Forman: First, there is a real opportunity to a) reduce the number of times we are collecting data that is publicly available in the cloud and there really are a lot of data sources and b) adjudicate the differences between redundant data collection.  Second, a lot of agencies are eating through terabytes of storage and it’s because they are predominantly collaborating through email attachments. That is the most expensive way to do problem solving.  I think there are huge opportunities in terms of leveraging data that has been collected and available in the cloud and using the cloud sharing paradigms.  I think there are huge opportunities to look at how are we architecting our unstructured data repositories and analyzing them using some of these new tools built for unstructured data analysis.

WashingtonExec:  What sectors do you think are really investing in big data?

Mark Forman: To be quite honest I think it is a given that everybody has to invest in big data. However, the first place I would target is the impact of demographic shifts on social services.  We’ve got so many people that have been injured in the wars.  We’ve got so many different segments of society that need to be understood within the realm of emerging social problems.  You go back to how most of the social service programs are structured – they are needs based.  You fill out a form, if you satisfy the need the way someone put it into the law or regulation, you get the benefit, if you don’t satisfy the need the way it’s written you don’t get the benefit.  I don’t think that works anymore.  We are going to have to go through a lot of looking at structured and unstructured data to find the focal points.  Maybe it’s around healthcare.  Back in the late 1990’s and early 2000’s when people were looking at welfare reform there was a clear understanding that the long term welfare recipients, the ones that couldn’t move off of welfare, had a health issue that had to be addressed.  All long term welfare reform programs incorporated some aspect of health. There may be other issues now and the social trends will define that.

The second area that I think is a huge one is globalization and economic policies. In a global economy, stimulus money runs offshore very fast. and I think a lot of economists have said that this trend started back in the ‘80s or ‘70s – how do you deal with that?  What do real stimulus programs look like?  What is the role of the Fed?  That’s clearly part of the debate this year, the Federal Reserve.  I think these are major problems that the government is spending time on and probably will continue to spend resources to look at it — and they are very data intensive.

Let me add a third area-foreign policy.  For decades, foreign policy was this thing that happened by diplomats traveling around the world or our embassies being located in foreign countries.  They kept up to date through Intelligence of what’s going on daily.  Now we live in the world of Twitter, Yelp and Facebook and other global social media tools, and this is no longer a scenario where dialogue occurs between invisible diplomats.  My sense is that we are going to need new ways to analyze foreign policy options that are real time, that involve big data and unstructured data analytics, and those tools are very early in their development.

“I think a major shift that we are seeing even for the federal government is recognition that the government data bases may not be the best source of data.”

Mark Forman: I would say yes and yes in answer to your question.  The federal government is clearly a big leader in big data and data mining and they have been for years.  Is the commercial sector light years ahead?  Yes because they are smarter in the use of their data and the use of the tools.  The federal government is still very parochial in its behavior.  In the commercial world, once you are done with your report that data store can dissolve, and when you get more data in you come in to a cloud analytics tool itself containing an updated set of data.  You are not collecting data that is widely available and maintaining a two year data collection project in the commercial world.  By the same token I think a major shift that we are seeing even for the federal government is recognition that the government data bases may not be the best source of data. One of the most interesting trends I see in the local government level in cities like New York and San Francisco where they are using things like Yelp and Twitter for licensing violations.  The way the public works is they see a cockroach or rat in a restaurant, they Tweet it.  You don’t walk into City Hall and sit down for 45 minutes and fill out a form that you know a year and a half later an inspector is going to show up at the restaurant. I think some of the local governments have figured this out – they can accelerate the responsiveness to the citizens.  I think that’s the future for the federal government as well.  We saw some of that very successfully with the Recovery Board.  I think they are still the leader in how you use big data with non-traditional sources.

Mark Forman: That’s a good question.  I’m an avid Ohio State Buckeye fan.  Both my wife and I are undergrads from Ohio State.  We met there and got married just after I finished up grad school.

WashingtonExec:  Is there a particular book that you enjoy or really inspired you?

Mark Forman: I have a lot.  The one that I would say is the one that helped me most understand the technology revolution impact on government was probably Evolve by Rosabeth Moss Kanter and just because in that book she talks about some very old entities/organizations that had to transform themselves because the technology changed.  A lot of things she laid out in there is exactly what I saw in the government.