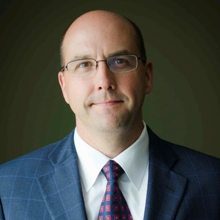 WashingtonExec:  Please tell us a little bit about your background-How did you go from U.S. Foreign Service Officer in China to the new CEO of Novetta Solutions?

Peter LaMontagne: The common thread from my work as a foreign service officer through  today with Novetta Solutions is an absolute passion for national security and government mission. In China I had a great opportunity to work on those issues as a government employee and then after leaving the Foreign Service I discovered the contracting community.  What I love most about federal government contracting is the nexus of three things: national security, technology and business.  By combining those three I am able to make everyday fly by as if I were enjoying time in China.

WashingtonExec: How is the recent merger of White Oak Technologies and FGM to form Novetta Solutions going?

Peter LaMontagne: We are doing something slightly different from traditional M&A activity. It really is a methodical joining of forces with White Oak and its heritage in big data and analytics and FGM with its impressive track record in information sharing and customizing technology solutions.  We aren’t rushing the integration.  It follows the principle of “think twice and write once.” That said,  we are taking two separate companies with some very common cultural traits, common focus on mission and, we believe, creating something new. One of the things we said at our first executive team meeting – this is less about integrating FGM and White Oak than it is about creating Novetta.

WashingtonExec: How is big data changing the way people analyze or gather intelligence?

Peter LaMontagne: Certainly right after 9-11 we realized that the volume or the lack of data was not the problem.  It was how to efficiently and in a timely manner access the information that we need.  It is about how we get at all this data. “Big data” is the recognition that the volume of data now in the commercial world, the private sector and the federal government is so significant and so large that it is changing the way that we process and examine information.

WashingtonExec:  “Big data” is a very broad term…how do you define “big data”?

Peter LaMontagne: Everyone wants to oversimplify what big data is. For some folks that means processing speed, for some folks that means entity resolution, or drawing conclusions about data that would not normally be connected in a traditional search. What’s most important in big data challenges is to understand and have a view on and be able to process and glean value from data that is not tagged and thereby draw conclusions that you wouldn’t have drawn otherwise.  I think in the coming years what’s most important as well is to start advancing our dialogue about big data in the same way that we have about homeland security as well as cyber security so people have a more subtle understanding of the challenges associated with big data.

WashingtonExec:  What about stream computing?

Peter LaMontagne: The way we look at data, process data is critically important so a traditional serial approach where you deal with A and then you deal with B and then you deal with C is neither particularly scalable or very fast.  What’s important is to do multiple processes at the same time or in the same way try to capture things as they stream by. That’s another concept that’s often looked at for stream computing is from an analysis perspective is in a real time basis observe things as they are processing.

WashingtonExec:  How does cloud computing connect with big data and mobility?

Peter LaMontagne: What I would say first is that what’s important is that big data problems and big data challenges really are related to cloud computing, mobility and cyber security. That is what we are sharply focusing on which is where these mission critical challenges intersect and at least at one level that intersection point is with big data. Where is the technology going?  I think what we have to address is that the volume of information is not going to decrease.  We know that the nature of digital storage  and our appetite for more data and the need to accommodate it is not going to decrease.

WashingtonExec: Where do you think the government is in the process of applying big data compared to the commercial sector? Companies like Google and Facebook, already have advanced data mining applications.

Peter LaMontagne: There are many areas where the federal government could go toe-to-toe with the most advanced solutions in the commercial sector.  I think in contrast with the federal government many of the commercial firms have a profit motive for doing things faster and more efficiently. I would love for us to be competing for the same talent that Google is, similarly with Facebook as well as the other government contractors in the area.  I think the best way for government contractors to keep pace with the commercial world is to attract the best and the brightest talent who are hungry to address these very compelling challenges.

“Big data is now touching almost every single sector. I think the obvious areas that big data touches are anywhere where we are dealing with population level data sets, so anything that’s dealing with the entire nation or records.”

WashingtonExec: Are there other areas where you’ve seen big data help within your company?

Peter LaMontagne: Big data is now touching almost every single sector. I think the obvious areas that big data touches are anywhere where we are dealing with population level data sets, so anything that’s dealing with the entire nation or records. When you are talking about data that needs to be cleansed or enriched and about disambiguation in the way to find things and connections that would not normally be seen with traditional approaches – that’s where the value add comes in for services companies and technology companies in big data.

WashingtonExec:  What is something that most people might not know about you?

Peter LaMontagne: I would say it’s that I live on the weekends on an island off the coast of Portland, Maine.  My wife and I, after leaving the Foreign Service, we really were seeking an opportunity to sort of downsize and simplify and so living in a very small island community that’s a mixture of commuters like myself and fishermen really has met that need for us.

Peter LaMontagne: I worked on a small, family-owned farm in Maine and I did everything from pitching hay bales to actually working on equipment and just as a general farm hand.  I remember particularly when I first started I was twelve and a half or just turning thirteen that summer – I was too small to throw the bales so I was always the one  who was up in the top of the hay barn and I was the one who would position myself and it felt about 106 degrees up in the top of the barn and I would catch the bales.  They would launch me backwards and I would pick them up and stack them.

When I’m interviewing employees I always try to find points in their resume or their experience base that demonstrates a work ethic.  I would argue that anyone  who spent any time on a farm would agree that the work ethic among those  who work on farms is as high as you will ever see.