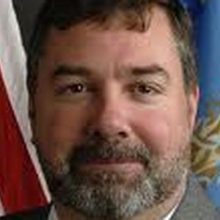 “Chris brings to Accenture broad experience across the federal government,” said Kay Kapoor, who leads Accenture’s federal business. “But it is his constant drive for technology innovation that will be most valued by our federal clients.”

On April 7, Smith retires from his position with the USDA where he served as CIO since 2009 and led one of the largest federal government migrations to cloud computing and large-scale data consolidation. He is a 25 year veteran of the Air National Guard and has held senior positions with the General Services Administration and IRS.

Smith also served as co-chair of the Best Practices Committee for the Federal CIO Council and as government chair of the American Council for Technology/Industry Advisory Council’s Executive Leadership Conference.

He was named 2011 Federal CIO of the Year by Government Executive magazine and was selected as a Federal 100 honoree by Federal Computer Week magazine in 2012 and 2011.

“I am excited to be joining the Accenture team. The Accenture brand is recognized globally as a premier leader in consulting and implementing innovative business solutions. I am looking forward to delivering on that promise for the critical missions that our nation’s public sector executes face every day,” Smith said.