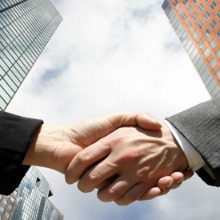 QinetiQ North America announced that its Aviation Data Trainer application is now available in the iTunes Store. The application will be free to download until March 12, after which it will cost $1.99.The application provides air traffic controllers, pilots, airport staff and flight enthusiasts three levels of support to memorize and test aviation data sets from the ICAO and the IATA.The Aviation Data Trainer lets users learn and understand the daily operational codes at their own pace using configurable flash cards and tests to evaluate and measure progression, as well as games to test memory.“QinetiQ North America has an impressive pedigree in the training and simulation market. Combined with our knowledge of the Federal Aviation Administration, we are offering an innovative and unique training tool that will appeal to both current air traffic controllers and pilots, as well as the next generation of users that expect this type of interactive learning tool,” said John Radziszewski, executive vice president and general manager, QinetiQ North America.Later additions to the app will include creative training applications to help users learn about different airspaces around the world, as well as focus on specific skill sets for air traffic controllers.QinetiQ North America also plans to add data sets and codes in the future to help users recognize military airspaces and military aircraft.