You are at:Home»Execs to Know»Q&A With Paul Smith Of Red Hat: Embracing Open Source Technology 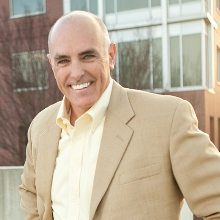 Meet Paul Smith, GM and VP of Public Sector Operations of Red Hat, a software builder and the leading provider of Linux® and open source technology.

Smith joined Red Hat in November 2004 and leads Red Hat’s federal business unit with responsibility for sales, marketing, consulting, channels and strategic planning to the US federal government worldwide and the US state, local, and education marketplace nationally.

Smith shared with WashingtonExec his thoughts on open source technology regarding how it integrates with cloud platforms to solve challenges within the public and private business sectors.

WashingtonExec: How has Red Hat grown over the past year?

Paul Smith: Looking back over the last 10 years as a starting point, we’ve been devoted to commoditizing expensive, proprietary software with open source solutions that meet the needs of the community. That said, this past year we’ve seen tremendous growth with not only our traditional businesses, like Linux and JBoss, but also with our expansion into virtualization and storage open source solutions.

WashingtonExec: What are the benefits of open source technology?

“We’ve gotten to a point in open source adoption in government where the principles are being widely used as a way to promote enterprise architectures that are vendor neutral and allow more freedom.”

WashingtonExec: How do you see the collaboration between industry and government evolving when it comes to open source?

Paul Smith: We’ve gotten to a point in open source adoption in government where the principles are being widely used as a way to promote enterprise architectures that are vendor neutral and allow more freedom. By embracing open architecture, the government becomes a key collaborator with industry where the best minds can come together to develop and use open source solutions to solve our biggest challenges. The result is best-in-breed solutions that benefit both the public and private sector, for example the Navy developing real-time Linux that is now being used on Wall Street.

WashingtonExec: What role does open source play in the cloud, and why is the topic of open clouds gaining momentum in government?

Paul Smith: Cloud is essentially the mother of all lock-in platforms because without choice, your entire infrastructure is held ransom by your cloud vendor. Red Hat open source tools like Deltacloud (now an Apache project)  and CloudForms give users the freedom to choose their provider, and easily move their workloads within the cloud.

WashingtonExec: What do you see as the future for open source technology?

WashingtonExec: What is the greatest piece of advice you’ve ever received?

Paul Smith: That we can accomplish more by sharing.  What’s true for the open source process is also true for good leadership: transparency, collaboration and participation from the group will produce greater results faster.

WashingtonExec: What are some of the most used apps on your iPad (or smartphone)?

Paul Smith: On my smartphone I mostly use text messaging to communicate because it is the best way to keep in touch with my colleagues. I also use the GPS on my phone because it’s smarter than my on-board GPS. As for what I use on my tablet, I would say Facebook, Twitter, SalesForce.com,  email, web browsing and of course, Angry Birds!

Read Paul Smith’s three pieces of advice to his children here on WashingtonExec.