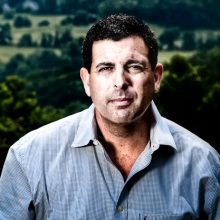 Boulder Crest Retreat has just stuck an agreement with four highly decorated giants of the U.S. Armed Forces to serve as honorary Advisory Board members. As respected military officers, these men will bring their knowledge and experience of the needs of military men and women to help guide the direction of the military family retreat center.

“I am deeply moved and honored by the commitment of these distinguished men to join our Honorary Advisory Board,” said Ken Falke, founder of Boulder Crest. “Their presence on this Board will serve to inspire us to bring this project to fruition as soon as possible…as well as to encourage the many people and organizations that we greatly need to contribute to this mission to build a local retreat for our returning wounded troops. I am truly gratified by their participation and support.”

Former Secretary of the Navy John Lehman served 25 years in the Naval Reserve, rising to the rank of Captain. In 1981, President Ronald Reagan appointed him Secretary of the Navy where he served until 1987.  During his tenure, he built a 600 ship Navy, established a strategy of maritime supremacy, and reformed ship and aircraft procurement. Lehman is the author of numerous books, including Command of the Seas, Making War, and On Seas of Glory. He is chairman of J.F. Lehman & Company, a private equity investment firm. He also serves on the board of directors for several companies and foundations.

General Henry Shelton is a 38 year veteran of the United States Army who, in 1996, was promoted to general and became Commander in Chief of the U.S. Special Operations Command. He then became the 14th Chairman of the Joint Chiefs of Staff in 1997.

General Peter Pace served more than 40 years in the United States Marine Corps, where he held command at virtually every level, beginning as a rifle platoon leader in Vietnam. He is the first Marine to ever serve as Chairman of the Joint Chiefs of Staff, and was awarded the Presidential Medal of Freedom in 2008, the highest civilian honor a president can bestow. General Pace is currently serving on the Board of Directors of several corporate entities involved in management consulting, private equity, and IT security. He is Chairman of  the Board for the Wall Street Warfighters Foundation; a long-time Board of Directors member for the Marine Corps Law Enforcement Foundation, and serves as an advisor to Our Military Kids.

Retired Admiral William J. Fallon is a 40 year veteran of the U.S. Navy after a distinguished career of military and strategic leadership. He led U.S. and Allied forces in eight separate commands and played a leadership role in military and diplomatic matters at the highest levels of the U.S. government.  As head of U.S. Central Command, Admiral Fallon directed all U.S. military operations in the Middle East, Central Asia and the Horn of Africa, focusing on combat efforts in Iraq and Afghanistan. He led the U.S. Pacific Command for two years, directing political-military activities in the Asia-Pacific region. Currently, he is chairman of CounterTack Inc., a partner in Tilwell Petroleum, LLC, an advisor to several other businesses, a distinguished fellow at the Center for Naval Analyses and on the Boards of several non-profit organizations.

Falke, a retired U.S. Navy E.O.D. (Explosive Ordnance Disposal) expert and successful Bluemont, Virginia entrepreneur, donated 37 acres in the foothills of the Blue Ridge Mountains for the not-for-profit organization to offer wounded soldiers and their families a peaceful, rural sanctuary and a break from the reminders, routines and restrictions of their treatments.

A $10 million capital budget has been created to cover the construction of accommodations, meeting space and outdoor recreational facilities.  Once the facility is completed, troops who are undergoing rehabilitation at area military hospitals will be invited to stay at no cost.