You are at:Home»Events»Federal CIO Steven VanRoekel To Keynote FOSE 2012 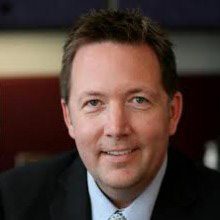 U.S. CIO Steven VanRoekel has been tapped to be the keynote speaker for FOSE 2012. VanRoekel will outline federal government IT reforms and managing innovative initiatives, as well as plans to maximize IT investments.

“We are honored to have Mr. VanRoekel keynote FOSE 2012, and we cannot think of a better way to kick-off the conference,” said Daniel McKinnon, Vice President, Government Events, 1105 Media, Inc. “We believe that he encompasses what this year’s event is about — the convergence of technology and policy. Mr. VanRoekel is in the unique position to affect both within government and we thank him in advance for sharing his insights.”

As one of the top technology decision-makers within the federal government, VanRoekel is spearheading several initiatives, including developing an apps strategy and identifying structural challenges in broadband. He is also updating the Federal IT Dashboard to include IT investment information that supports the President Obama’s FY 2013 Budget.

Specifically, he has outlined a number of top priorities for 2012 and beyond, including Shared First, a mobile technologies and services portfolio so common services among agencies and public developers can be shared; Future First, which will change the way government procures software and sets policy; and increase cybersecurity funding, including a $769 million investment to support operations in the National Cyber Security Division at the Department of Homeland Security.

Steven VanRoekel is the second CIO of the United States, appointed by President Obama on August 5, 2011. VanRoekel had previously held two positions in the Obama Administration: Executive Director of Citizen and Organizational Engagement at the United States Agency for International Development (USAID) and Managing Director of the Federal Communications Commission (FCC).

VanRoekel’s presentation will take place on Tuesday, April 3 at 8:45am. To learn more information about FOSE 2012 and register, click here.