You are at:Home»Events»WashingtonExec Sits Down With The Tower Club’s John Nicholas 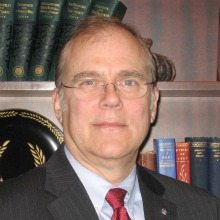 WashingtonExec, a frequent partner of The Tower Club, interviewed Tower Club General Manager, John Nicholas, earlier this month. We asked Nicholas about common misconceptions regarding club membership fees as well as what makes The Tower Club a unique destination for Washington, D.C. and Northern Virginia executives.

Another thing that we find, which amazes me, is that people don’t know about the Tower Club even though we have been here for twenty-some years.

WashingtonExec: How would you describe The Tower Club?

John Nicholas: One of our past Board of Governors, Carrington Williams, liked to call the Tower Club “the center of gravity for the business and social community of Northern Virginia.”  We are the only private business club in this area.

John Nicholas: If you had to average it all out our average member is probably 56 years old and an executive in the company or they own their own business.

WashingtonExec:  Are there different kinds of memberships?

John Nicholas: We have three different categories of membership.  We have an individual membership, where the individual pays the initiation fee and dues.  We have a corporate membership where the corporation owns the membership but they have to designate a member.  If that person leaves then they can replace them for a ‘change’ fee, not a new Initiation fee.  We also have a young executive category which is for people 40 and under.  Their initiation fee is less and their monthly dues are less until they hit 41.

WashingtonExec:  How is this different from a country club?

WashingtonExec: Has membership changed over the years?

John Nicholas: For the last several years we have been very successful in increasing our Young Executive category for people under 40. We have also increased our women’s membership category. The Young Executive and Women members both have committees that plan events and are very active in the Club.

WashingtonExec:  What are some other events that Tower Club puts on as a part of someone’s membership?

John Nicholas: We try to have one or two educational speaker events a month, we do brunches for all of the major holidays, we try to do a monthly wine tasting or dinner with spirit tastings.  There are a lot of things going on at the club besides just coming here for lunch or dinner hosting a private event in our five private rooms.

WashingtonExec:  What are some other things going on at Tower Club?

John Nicholas: A lot of members will spend their day here and use the Club as their office away from home. We have five private rooms and we do weddings on the weekends. We have live entertainment on Friday and Saturday nights in our main dining room and are lucky to have a very talented Executive Chef.

WashingtonExec: What is something most people might not know about you?

John Nicholas: People may not know that I was a professional musician before becoming a Club Manager.  I still play with local bands on some weekends.