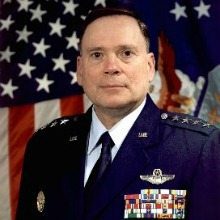 Today SAIC announced that on March 1, 2012 John Jumper will succeed Walter Havenstein as CEO of SAIC. Jumper has been on the SAIC Board of Directors since 2007.  Before SAIC, Jumper was the U.S. Air Force Chief of Staff from 2001 to 2005, making him the most senior uniformed U.S. Air Force officer at that time.

“I am honored to have been selected to lead SAIC and am keen to face the challenges ahead in our industry,” said Jumper. “Also, I am grateful to be given the opportunity to build upon the successes we’ve achieved under Walt Havenstein’s leadership. He’s positioned the company to take unique advantage of our strengths. I look forward to leading SAIC as we continue to provide solutions vital to our nation.”

Havenstein announced his retirement in October of last year.

“I am proud to have led such a talented and successful team,” Havenstein said. “It has been a great honor to have supported our men and women serving on th

e front lines around the world in defense of freedom. And it is humbling to be succeeded by such a capable, talented and dedicated leader as John Jumper.”

Jumper graduated from the Virginia Military Insitute (VMI) ROTC program in 1966 and has commanded all levels. He received his Master of Business Administration degree from Golden Gate University and is a graduate of both the Air Command and Staff College and the National War College.