You are at:Home»Execs to Know»Exec Moves»EXECUTIVE STYLE COLUMN: Shuttleworth Hopes His Road Of Challenges Leads To Capitol Hill 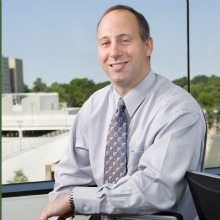 Rarely has Bruce Shuttleworth followed the easy path in life.

That trend continued on February 1 when he announced his candidacy to represent Northern VirginiaвЂ™s 8th District in the US House of Representatives, challenging long time Democratic incumbent Jim Moran in the upcoming primary.

At first glance, the prospect of toppling Moran from his Congressional perch seems remote.В  Moran sports a 20-year track record on the Hill and serves on the powerful House Appropriations Committee, where he helps direct budgets for the Environmental Protection Agency, Interior Department and the Department of Defense.

Yet, Shuttleworth has built a successful career in military service and business by embracing seemingly insurmountable challenges.

LetвЂ™s flash back nearly 30 years to the United States Naval Academy where Shuttleworth was selected as an exchange Midshipman to West Point before going on to lead Plebe Summer as the Regimental Commander.В  It was the AcademyвЂ™s high-demand and high-risk environment that appealed to him. 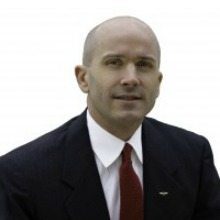 вЂњI wanted to be tested and challenged,вЂќ Shuttleworth explained.В  вЂњEverything about the Naval Academy вЂ“ academics, athletics and military training вЂ“ is designed to instill leadership skills, as well as the ability to rise above obstacles.вЂќ

Upon graduation, Shuttleworth took on the opportunity to test his skills in one of the worldвЂ™s most demanding classrooms вЂ“ Navy Flight School.В  There he graduated first in his class and was immediately selected to become an advanced strike flight instructor in the Douglas A-4 Skyhawk.В  After this tour, he deployed on board USS America and flew missions over Bosnia and Somalia.

Deciding to transition from bombs and bullets to dollars and cents, Shuttleworth dove into the corporate business world with the same intensity he displayed in the cockpit.В  He received an MBA from Harvard, worked as a management consultant for the Boston Consulting Group and, ultimately, landed at a fast-growth business analytics software firm in Northern Virginia called Microstrategy.

вЂњIt was an exciting time in technology and Microstrategy mobile casino was very much positioned as an innovator and market leader,вЂќ Shuttleworth recalled.В  вЂњI learned about effectively managing growth and aligning resources in a team environment.вЂќ

Like his employer, Shuttleworth was a fast riser and was promoted to lead Marketing Operations.В  That would soon end with the bursting of the high-tech bubble and massive lay-offs.В  Shuttleworth remembers, вЂњIt was a lot more fun seeing the best online casino stock rise above $300 than falling back to $1.вЂќ

Shortly thereafter his mother вЂ“ a non-smoker вЂ“ was unexpectedly diagnosed with lung cancer and given six months to live.В  Shuttleworth pivoted his focus from the business world to the business of managing his motherвЂ™s health.В  She survived for nearly three years before passing.

This scenario would unfortunately play out again for Shuttleworth.В  He joined Blackboard, another hot, growth-oriented software firm in the region, only to return to the role of health manager when his father (also a non-smoker) was stricken by lung cancer.

вЂњThe issue of clean air Why pay when you don”t have to? Start ordering your free annual credit report agencies reports. is incredibly important to me at a personal level,вЂќ Shuttleworth said.В  вЂњI see it in terms of life and death and I think that clean air is a right that all citizens should enjoy.В  Yes, I have experienced tragedy and loss.В  However, I was there for both of my parents during their time of need.В  ItвЂ™s that type of commitment I try to demonstrate in everything I do.вЂќ

Why politics as the next challenge?В  And what does Shuttleworth bring to the citizens of VirginiaвЂ™s 8th District?

вЂњIt is the opportunity to challenge the way Congress operates with its current knack for self-dealing and its unethical embrace of special interests and conflicts.В  I share George WashingtonвЂ™s commitment that вЂthe most enviable of all titles is that of an honest manвЂ™.В  And that title is my special interest.вЂќ Shuttleworth said.

He continued, вЂњLocal governance in Arlington, Alexandria and Fairfax County is exceptional.В  But, that has not carried through at the national level.В  ItвЂ™s critically important we have ethical leaders in Congress where they write the very rules that they follow.В  I just donвЂ™t see that in the current representation of my district.вЂќ

National Debt — The $250 billion our country is spending on interest payments is money that could be applied to education, healthcare and infrastructure.В  We need to proactively and responsibly manage our debt crisis now, before it spirals further out of control.

Defense вЂ“ We need to make an honest assessment that there is waste in the defense budget.В  However, the support of our troops and their mission and their families is something we can never compromise.

Technology вЂ“ The role of government is to provide clear and solid guard rails on the sides of the road to economic prosperity вЂ“ not across the road.В  We need to be an enabler of innovation and investment by providing this industry with effective transportation and IT infrastructure as well as access to a world-class workforce.

Disclosure:В  The author knows Bruce Shuttleworth socially as they play in a basketball league together.