You are at:Home»Execs to Know»Exec Moves»ManTech Appoints Mark Chadason As Senior VP/GM Of Cyber and Security Operations Business Unit 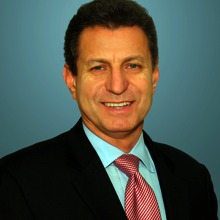 Chadason joined ManTech in 2009 as a corporate risk officer and was promoted as a result of his leadership, expertise and performance. In his new role, Chadason will be responsible for the security support and special military programs business areas, in addition to various business development initiatives.

Chadason is a CIA veteran with more than 22 years experience working with the intelligence community and U.S. military on intelligence and security matters. He was stationed at several overseas locations during his CIA career and received several awards.

President and CEO of ManTech’s Mission, Cyber and Technology Solutions Group L. William Varner said, “I am confident that Mark will continue to demonstrate the leadership he has already shown in his previous role in MCTS as well as in his

government service, and lead us to even greater success in the future.”