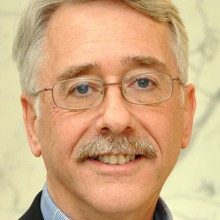 Meet Wyatt Kash, the Editorial Director for AOL Government, an online venture of AOL Industry. Kash is responsible for content strategy, acquisition and development and for audience engagement with the federal government marketplace.

WashingtonExec recently had a chance to speak with Kash. We asked him about his work at AOL and where the future of online media is going. He spoke to us freely about how to use social media as a tool to build your personal brand and why good leadership will reflect your success in business.

Wyatt Kash: It’s fun and exciting to be working at company like AOL where there’s such a big emphasis on creativity. The media business has always been a creative industry. Each day brings a new opportunity to take stories and turn them into creative vehicles that can connect with readers and a marketplace.  It’s all the more interesting being at AOL now, though.

The company is much more focused on generating content that connects people than it was just a couple of years ago; and I’m part of a start-up venture within AOL that’s trying to do that in new ways in the business-to-business market. For the majority of my career, I’ve been responsible for managing existing media properties.  Here, I’m getting to invent and evolve a new media property for AOL. I am excited to be bringing a lot of AOL’s media and technology strengths to the government marketplace.

“If you ignore social media, you do so at your peril”

WashingtonExec: Print media is a dying platform  and everyone is using the Internet to get information. How can traditional media sources make profits with online readers?

Wyatt Kash: No question, the Internet has turned the business model for traditional media upside down—as it has for a lot of industries. Right now, there are a lot of high-priced executives trying to answer that question. I don’t pretend to have the total answer, but I would say this:

First, the demand for vehicles that deliver great branding and advertising value isn’t going away.

One thing that’s hurt the media business is the pressure from media buyers and short-sighted managers who only want to pay by the click. There is some merit in that. But I can tell you, if you want to influence the Chief Information Officer at the Department of Homeland Security, who oversees more than $6 billion annually in IT spending, it’s going to take a lot more to reach him than offering some “white paper” online somewhere and hoping he’ll click a link to it. It takes a more comprehensive approach involving tactical marketing and smart branding. Media–and business media in particular–still play an important role in that equation.

Second, the publishing model has changed–and the media and marketers are still playing catch up to understand how to adapt to those changes. The media world has rapidly evolved beyond the old model of one-to-many communications. Today, it’s much more about many-to-many communications and information sharing. The profits will go to those who can effectively reach desirable audiences with the technological know-how to master this new equation.

Third, as much as the Internet has changed the business landscape, we’ve only begun to see how mobile applications are about to change that landscape yet again. So I’d say the future of media belongs to the agile.

WashingtonExec: What’s the best part about working at AOL?

Wyatt Kash: The biggest difference between AOL and every other media company I’ve worked for is its cultural predisposition to continually breed new and creative ways to reach the marketplace; and its commitment to evolving the technology to deliver those ideas. There’s no question, AOL has gone through a lot of changes following its merger with—and then its divestiture from—Time Warner. But The Huffington Post (which AOL acquired last year) has emerged as an undeniable global powerhouse in terms of audience reach and interactivity. Add to that a lot of smart social media technology underneath all of AOL’s content and it’s hard not to get excited about what’s possible.  We still have a ways to go, but I think if you’re a journalist or you’re in the content business today, AOL is one of the great teams to be playing for right now.

WashingtonExec: What is the best advice you can give to companies that want to use social media but don’t know how to do it effectively?

Wyatt Kash: First, recognize that the hype about social media as a marketing tool continues to be disproportionate to the actual return on investment that’s reasonable to expect from it.

Second, that said, if you ignore social media, you do so at your peril. When you see the impact of the Arab Spring protests or how suddenly, unexpected or bad publicity can overwhelm your company’s reputation, trying to cope with it defensively after the fact is akin to trying to clean up after a customer database breach.

Third, take a lesson from former Coast Guard Commandant Thad Allen, who grasped the importance of top management learning to personally use these new tools in order to understand how they might be used to advance his entire organization. Social media opens an amazing doorway into the world of collaboration.  Learn to use social media; don’t just learn about it.

Fifth, social media has many dimensions and the landscape continues to evolve quickly. Even though we still get more traffic referrals right now from Facebook, we’re putting a lot of energy into  harnessing the power of professional groups and linkages on LinkedIn. The main message is, stay agile, stay alert, and learn the strengths of the social media tools that are most used by your customers.

WashingtonExec: What is more important, great leaders or a great products?

Wyatt Kash: Great leaders, without a doubt.  Great products are really a reflection of great leaders; its rarely the other way around.

But it’s also not that simple. Great products are often the result of serendipity; of ideas that catch on in unexpected ways. That’s one of main lessons Steve Jobs taught us—and it’s the same lesson companies such as 3M taught us when it began marketing PostIt notes and that Home Depot taught us in its early years. That is: Most of the time, customers don’t know what they want until you give it to them.

All products, no matter how revolutionary, have their life cycle arcs. So do companies and the cultures within them. But in my three decades of covering business, the companies and organizations that impressed me most were those with outstanding leadership teams.

To me that still means companies (or organizations) with a strong group of executives who rally around a vision; who attract the best talent; and who foster catalytic and collaborative environments.  More than that though, what separates the best from the rest are those organizations where the senior leaders demonstrate genuine understanding and empathy for their customers; who listen attentively before making decisions; and who care about doing what’s right. Products may manifest that, and indeed, the best products do.  But I’d always invest based on the potential of the people first before investing in the potential of a product.