You are at:Home»News»DHS Rule Could Chill Ethical Communications 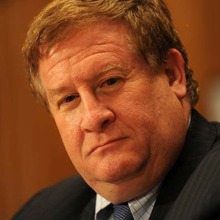 PSC’s Executive VP and Counsel Alan Chvotkin said, “Such communication has never been characterized as ‘outside employment’. In our view, doing so will chill the important regular exchange of information between government officials and the public through organizations such as PSC.”

“To avoid this unintended consequence, we urge the department to differentiate between the employee speaking or writing as a

representative of the agency and the employee’s activities that generate outside income over and above their government salary,” Chvotkin said. “We believe the intent of the proposed rule is to cover instances when the employee is engaged in activities unrelated to their official position with the agency, particularly as a means of generating outside income for themselves.”