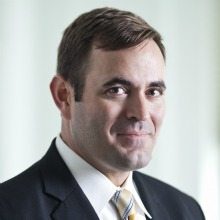 2012 is fast approaching, and with it comes big changes in the Federal IT industry.  WashingtonExec gave local executives the opportunity to share their thoughts on where they see the government contracting industry headed.

Tom Suder, President and founder of MobileGov, reflected on this past year and gave WashingtonExec his outlook for the year ahead.

2011 was a year of hype for Cloud. There was lots of talk, but little action. The focus in 2012 will now be on individual applications going to cloud – probably where it should have been in the first place.

Citizen Services Web Applications are one growth area that is a no-brainer with its lower barrier to entry due to security concerns. GSA has been a leader in this area with USA.gov.

The other low-hanging fruit is e-mail to the cloud.

When I was in the private sector, I directed an e-mail migration to the cloud in late 2006. Immediately, we cancelled an expensive infrastructure upgrade and reduced our IT staff.

Looking back, a lot of management time was devoted to IT.  At numerous executive meetings, we constantly talked about our IT challenges rather than ways to improve our business. Moving to the cloud drastically reduced the time wasted by the management team. This “hidden” savings is often not addressed when it comes to the cost of a cloud migration.

Once again, GSA has been a leader in this area with its Google migration. The effort “will reduce e-mail operation costs by 50 percent over the next five years and save more than $15.2 million for the agency in that time,” according to Government Computer News (GCN). How much time and energy will it save GSA executives, not to mention GSA employees?

2012 will be the year of the smart phone and tablet.

Expect a lot of hype.

The reality is that most agencies will be in the pilot/feasibility study phase for 2012 with possible large-scale deployments in 2013.

The problem with the initial deployment of advanced mobility services is that there are many completely different areas (IT infrastructure, App Ecosystem, Security, Procurement Policy, Human Capital Policies, etc.) that need to have concerns addressed simultaneously.

Things are moving fast in this space. At the end of 2010, when then-Federal CIO Vivek Kundra released his famous 25-point plan, mobility wasn’t even addressed.

One year later, new Federal CIO Steven VanRoekel is aggressively addressing the mobility issue by starting a new initiative – initially a Government-only effort – called mGov that will include the federal mobility strategy.