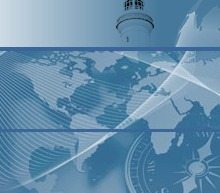 The Sandigan contract is the latest example of Stratos’ deployment of FleetBroadband on a variety of vessels across the globe. Stratos has activated more than 9,000 FleetBroadband terminals worldwide.

The integrated communications solution that Stratos is deploying for Sandigan includes an Inmarsat IsatPhone Pro satellite phone on each vessel. Sandigan also is deploying Stratos’ GSM Oceanwide solution, which enables crewmembers to use their personal GSM phones to communicate with family and friends.

Sandigan President, Capt. Tomoyoshi Yanagita said, “Stratos provided a comprehensive approach to this deployment. Their Singapore support team analyzed our data traffic and provided a range of options. They patiently helped us reduce communications costs and improve the performance of critical applications such as BASSnet, our planned maintenance software.”

Stratos President and CEO Jim Parm said, “This FleetBroadband solution is carefully designed to help Sandigan meet its objective of deploying the latest integrated management systems to achieve the highest levels of customer service. We look forward to helping Sandigan use our expanding range of new applications to maintain high operating efficiency and a competitive advantage.”

With FleetBroadband from Stratos, Sandigan now has the capability to achieve high-performance, direct remote access to the ship’s computer terminals, the FleetBroadband terminal and the onboard firewall via popular remote-support applications.