You are at:Home»Execs to Know»Interview With Susannah Wellford Shakow: Giving Young Women A “Running Start” 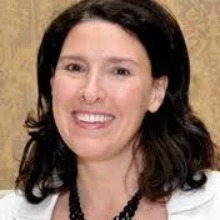 Meet Susannah Wellford Shakow, Chairman of the Board for Running Start. Running Start is an organization that helps support young women who will shape tomorrow’s world. Shakow aims to cultivate an interest in politics in young women so that they will run for office and share more in the decision making power in our country. Shakow speaks frequently to audiences all over the country about the importance of involving more young women in politics. She founded Running Start in the spring  of 2007. WashingtonExec recently interviewed Shakow about her life and Running Start’s continuing mission to help young women succeed.

WashingtonExec: What aspect about Running Start are you most proud of?

Susannah Wellford Shakow: I love that I have seen Running Start grow from an idea into a thriving organization in a few short years.  I remember our first brainstorming meetings around the idea of training high school girls in political leadership – there was a lot of push back that girls that young wouldn’t get it.  But they do get it, and we have grown from training 20 girls in 2007, to training over 1000 in 2011.  The letters and email I get from our alumni make my job incredibly rewarding – they credit Running Start with changing their lives.  I am glad I had the confidence in the beginning to stick to my guns and keep our mission focused on training the youngest women – it has allowed Running Start to create a real niche in a crowded field and to make a unique difference in girls’ lives.

WashingtonExec: What advice can you give women in the workplace who feel like they are being held back from their greatest potential?

Susannah Wellford Shakow: My biggest successes in life have been the result of forcing myself to do hard things.   Taking on the Presidency of WUFPAC was very scary for me – I hated public speaking, and didn’t like being in the public eye.  And starting a nonprofit a few years later when I knew nothing about how to run a business or fundraise was also very intimidating.  So my advice would be to get out of your comfort zone and volunteer for the assignments that you think are a little out of your skill set, or ask for the promotion even if you aren’t sure you are ready for the job, or negotiate a better work life balance or salary even if they aren’t sure you will get it.  Looking back at my life, I see so many missed opportunities where I should have been more assertive in asking for what I wanted.   I feel strongly that often what was holding me back was me.   I think women fall into this trap more than men, and I encourage the young women I work with not to be afraid to seek challenging opportunities.  The greatest accomplishment is succeeding in something you didn’t think you would be able to do.

WashingtonExec: In your opinion, who is the most inspiring woman in the world? Why?

Susannah Wellford Shakow: There are so many inspiring women, I can’t choose just one!  The women who inspire me the most are those who don’t come from a power base, but who still find a way to change the world for the better.  A couple of examples:  Yevgenia Chirikova is a 33 year old Russian woman who decided to fight to save an old growth forest near her home from development.    Just an ordinary citizen, she organized a campaign that has managed to get world’s attention and thwarted the government’s plans to raze the Kimhki forest.  In the process, she has received death threats, intimidation, been arrested and had her family threatened, but she is not backing down from the fight.
Another example is Nujood Ali who was forced into married at the age of 8 in Yemen, but who stood up for her own life by escaping to seek a divorce.  She sat in the back of the local court until she was finally noticed by a sympathetic judge who found her a lawyer to pursue her case.  She won her divorce and has since become a powerful advocate against child marriage in Yemen, and has helped focus the world’s eye on this criminal practice.   I have seen her speak, and I am so moved by how such a young girl, with no role models to guide her, found the courage to reject what other’s had chosen for her life.
At Running Start our message is that you are never too young to start making a difference.

WashingtonExec: If you only had a couple of sentences to deliver Running Starts message to every young girl in this country what would that be?

Susannah Wellford Shakow: Young women’s voices are needed in politics.  As a political leader, you have the power to change things for the better, and to solve problems facing your community and the world.  We need women like you to step up to leadership because young women make powerful and innovative leaders.

WashingtonExec: When will you consider Running Starts mission to “bring more women in the world of politics” a success?