You are at:Home»News»INSA Announces Recipients Of 2011 INSA Achievement Awards 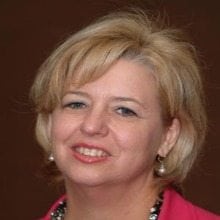 President of INSA Ellen McCarthy said, “It is an honor for INSA to recognize these outstanding professionals with the 2011 INSA Achievement Awards, highlighting their impressive contributions to the national security and intelligence sectors. Each of these individuals is an everyday hero who is serving our country in a remarkable way. They are an inspiration to the intelligence community and the nation and we are delighted to tell their stories.”

The 2011 Baker Award recipient, former Director for National Intelligence Mike McConnell said, “I applaud INSA for recognizing these exceptional young professionals and their achievements. The intelligence and national security communities and supporting industries are fortunate to have so many dedicated and talented young people moving through their ranks.”

Below is a detailed list of the awards and recipients: