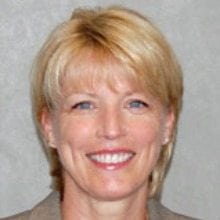 The U.S. Army Program Executive Office for Stimulation, Training and Instrumentation (PEO STRI) awarded a prime contract to the Science Applications International Corporation (SAIC) to construct the Egyptian Armed Forces Combat Training Center (AFCTC) No. 3 for the Training Authority of the Egyptian Armed Forces Ministry of Defense. Although the work will mainly be performed in Orlando, Fla. and San Diego, Calif., the center will be located in Cairo, Egypt.

“We are pleased to continue SAIC’s support of the Egyptian Armed Forces through the AFCTC No. 3,” said Bev Seay, SAIC Senior Vice President and Business Unit General Manager. “The AFCTC program is critical to preparing Egypt’s warfighters for their critical missions, and we look forward to helping them maintain training readiness and enhance their realistic modeling and simulation capabilities.”

The contract has a three-year period of performance and a value of more than $46 million. Under the contract, SAIC will design and manufacture a fixed and mobile AFCTC for the Egyptian Armed Forces that is interoperable with AFCTC No. 1 and 2, in order to accommodate the execution of large training exercises. The AFCTC will function at the brigade level, provide realistic force-on-force training, and consist of software and hardware systems that support the following: Exercise control, field instrumentation, weapons engagement simulation, after action reviews, and live and constructive commanders training. SAIC previously developed and utilized AFCTC No. 1 and No. 2, in addition to a home station training capability for the Egyptian Armed Forces under direct commercial contracts with the Government of Egypt.