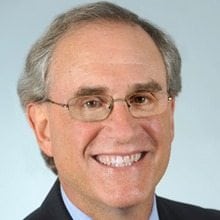 After reviewing the Wartime Contracting Commission’s final report, the Professional Services Council (PSC) announced that many of the document’s recommendations ignore the dynamic and complicated realities of contingency operations in which the otherwise cyclic phases of counterinsurgency, stabilization, and longer term development efforts have been pursued concurrently.

“We agree with the commission that contractors provide essential support to our troops and that better planning and more trained federal acquisition employees are needed to ensure proper contract management,” said PSC President and CEO Stan Soloway. “However, even with the benefit of hindsight, the commission’s main conclusions and recommendations overlook the messy realities of contingency operations in the misplaced hope that shortening contract performance periods and shunning pre-positioned supply vehicles will somehow eliminate the inherent uncertainties and risks of wartime contracting.”

PSC stated that the commission determines the use of pre-competed, pre-positioned contracts for support services and supplies in Iraq and Afghanistan are led to waste, and declared that a process for competing each task order as a separate contract to be a more prudent and cost-effective approach. What the report fails to mention is that this approach ignores lessons learned from Hurricane Katrina and other contingency events. For example, Hurricane Irene displayed that by having such contracts in place, the government’s response time is quicker and prepared. It is not generally a stable means of support, especially for warfighters and diplomats, to rely solely on individual task orders in all situations.

The competing priorities of cost efficiencies with military, diplomatic and security goals are also not taken into account in the commission’s findings.

“For example, on page 135 of the report, the commission deems the efforts to complete construction on the Kajaki Dam project a waste of taxpayer dollars, criticizing the government for not finding better alternatives to flying construction materials to the site, securing the site with armed guards and sustaining work crews,” PSC stated. “But the reality on the ground was that Afghanistan lacks the infrastructure to move equipment safely overland, and, as noted in the commission report, both the U.S. government and the International Security Assistance Force deemed this project vital to their counter-insurgency efforts.”

On the plus side, PSC was happy to see the commission withdraw a misguided interim recommendation that mandated the automatic suspension and debarment (S&D) of contractors based on accusations alone, without fundamental due process protections. The commission took into account feedback from many different outlets including PSC’s statement.

Both PSC and the commission are in agreement that the federal government needs to develop a better planning, coordination and risk assessment process to enable better, more strategic decisions about where and how to use contractors for non-inherently governmental work; however, the commission’s conclusion that the State Department and the U. S. Agency for International Development (USAID) “over-rely” on contracts is unfounded.

“The report’s executive summary blames ‘deaths, delays and waste’ from stabilization and reconstruction projects in ‘insurgent-contested areas’ of Afghanistan on the use contractors alone, which itself is contrary to the work of the Special Inspectors General for Iraq and Afghanistan Reconstruction who, in each of their numerous reports, has cogently pointed to a wide range of challenges and causes of waste, including inadequate statements of work, security instability, and uncoordinated planning.,” PSC wrote.

As a result, for the government to say that similar problems would not have occurred if government employees were used is simplistic and unrealistic, according to PSC.

“This unsupported assumption completely ignores the skills required and available to perform the work, the security situation in such areas, and that, regardless of who is performing work, such projects are a target for insurgents bent on destabilizing a situation,” PSC wrote.

“Based on qualitative evaluations of a limited subset of contracts, the commission leaps to a broad, quantitative judgment about an optimal, albeit mythical, ceiling on contracting relative to internal agency programming,” Soloway said. “No such bright line exists and the commission offers no guidance on how agencies should strike the strategic, situation-specific balance between contract tasks and agency management capacity.”

The report’s final recommendations address mention how the government should organize itself to better respond to future contingency operations.

PSC wrote, “It is often said that the government always fights its last war; in considering the commission’s recommendations, the executive branch and Congress must be careful that it doesn’t hamstring future commanders and diplomats to responding in ways that do not permit the flexibility to address the realities of contingency operations.”

By serving almost 350 member companies all over the country, PSC is significant the voice of the government professional and technical services industry.