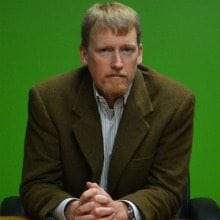 Jon Jackson, Founder and CEO of Mobile Posse, is a force to be reckoned with. By creating a successful and trusted mobile messaging channel, Jackson created a new form of mobile marketing that targets the most valuable real estate on devices: the home screen. Although Jackson worked as a consultant with companies such as Prime Media and HBO, his true passion is inventing. Following his time at AOL Mobile, Jackson founded Mobile Posse, the leading provider of the next-generation mobile marketing and mCRM solutions for the home screen. In a recent interview with WashingtonExec’s Aisha Jamil, Jackson talks about the future of mobile marketing, active home screen messaging and what a small business can do to kick-start its own mobile marketing campaign.

WashingtonExec: Could you talk about your professional background? What led you to start Mobile Posse?

Jon Jackson: I grew up in the Internet space.  My first job was at AOL and during my seven years there, AOL went through a metamorphosis: it went from being a “telecom-esque” company with metered usage, to a flat-rate unlimited model to gain reach and further distribution, which began to rely on advertising revenue.  During this process, I had a ring-side seat in re-envisioning many products for this ad-revenue model.

When I left AOL in 1999, I had already thought about mobile as it relates to advertising, but felt that it was premature.  SMS had just begun and it was too early from an under-pinning’s perspective.  I moved to New York and started an internet consulting company, where I did a great deal of work with large media companies like Time Warner and Prime Media.  I quickly figured out that consulting wasn’t for me because I wasn’t building anything.

After that, I went back to AOL to run product strategy for its mobile group.  This is where I came up with the idea for Mobile Posse.  When I thought about interactive advertising and looked at the mobile space, I knew that mobile would need and want a third revenue stream.  And, while I knew advertising would move to mobile phones, I knew that replicating online advertising would be ineffective.  You cannot take advertising from one medium and simply transfer it to another.  In creating Mobile Posse, I envisioned a proactive mobile delivery channel that was equally well-suited for the needs of carriers, content providers and brands.

WashingtonExec: How has active home screen messaging changed the way we communicate in the digital age?

Jon Jackson: Push messaging is about updates and content that the consumer wants delivered periodically versus something that must be searched for.  The difference with active home screen messaging is that it is an automated agent to help consumers find things they are interested in based on usage or express interest they’ve loaded into the system.

WashingtonExec: Mobile Posse is defining the next generation of mobile marketing and mCRM. What should those terms mean to WashingtonExec readers?

Jon Jackson: For a business person, mobile marketing can mean a lot of different things. At the end of the day, mobile marketing is about reaching key consumers on a mobile device through a variety of different platforms.  There are a number of ways to do this: through SMS, MMS, the browser itself, and applications.  Education is the most important factor.  It’s about understanding how business can be driven forward through mobile marketing.  Many company’s first foray into the mobile marketing arena is creating a mobile app.  These companies are starting at the wrong end of the spectrum:  they’re solving a problem for a limited amount of people, but how do they continue to drive traffic?  A better way to approach this is to take baby steps.  Ensure that they have a presence on the Internet that is mobile enabled.  Make sure they communicated on a consistent basis and have the ability to follow up with consumers at specific intervals or times.  Mobile CRM is something that businesses should investigate.

WashingtonExec: How much of its budget should a start-up company devote to mobile marketing?

Jon Jackson: There really isn’t a magic number.   Every company has different needs, audiences and funding levels, so the percentage of budget devoted to mobile marketing varies.

WashingtonExec: What are the three most important things a small business can do to kick-start their mobile marketing campaign?

Jon Jackson: The first and foremost thing that a business can do to kick-start their mobile marketing campaign is to create a mobile-optimized Web site.  Assuming that the business has that, the three most important things are:

WashingtonExec: What is an example of what NOT to do when it comes to mobile marketing?

Jon Jackson: A lot of businesses start with app and it is a waste of time.  There are so many apps, that finding one is truly like finding a needle in a hay stack.  Unless they plan to spend massive amounts of money on marketing, do not start with an app.

Businesses should start with a mobile-optimized Web site and concentrate on HTML 5. If they publish in that protocol, HTML 5 will help solve many mobile problems.