You are at:Home»Execs to Know»Exec Moves»TASC Names John P. Hynes Jr. As Senior Vice President Of The Defense Group 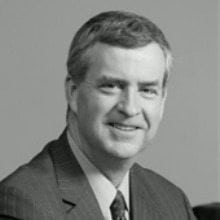 On August 23, 2011, TASC announced that John P. Hynes Jr. will be lead the Defense and Civil Group as its Senior Vice President. As SVP, Hynes head an organization that supports clients in the Department of Homeland Security, Federal Aviation Administration, NASA and the Department of Defense.

Prior to working at TASC Hynes led as the Mission Support Business Unit as SVP and General Manager at SAIC. Hynes worked at TASC from 1990 to 2001 and is now returning to the company. TASC is a leading provider of advanced systems engineering, integration and decision-support services to the Intelligence Community, Department of Defense and other civilian agencies of the federal government.

“I am very pleased to welcome John back to TASC,” says David Langstaff, President and CEO of TASC. “Over the years, he has achieved a stellar record of driving business growth while delivering meaningful results to his customers. He will be instrumental in shaping TASC’s future.”

Hynes started his career as a Naval Aviator for the U.S. Navy, where he also was an Intelligence Analyst and Department Head at the Naval Operational Intelligence Center. With a Bachelor’s in economics from the U.S. Naval Academy and a Master’s in Management Information Systems at George Washington University, Hynes began his civilian career at TASC handling leadership positions and managing geospatial systems and text processing.