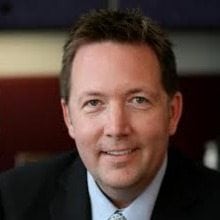 Steven VanRoekel will begin where Vivek Kundra, the first federal CIO, left off. Although the official announcement was scheduled for Thursday, VanRoekel admitted over Twitter that he got the job. Writing on his profile, “United States Chief Information Officer @Executive Office of the President.”

VanRoekel began his service in 2009 as managing director at the Federal Communications Commission (FCC) and is currently on detail as an executive director at the Agency for International Development. A former Microsoft Executive and assistant to Bill Gates, VanRoekel has seen the disconnect between private sector technology and slow innovation within the government.

“We’re trying to make sure that the pace of innovation in the private sector can be applied to the model that is government,”  VanRoekel told The New York Times.

Under Kundra’s leadership 195 data centers are scheduled to be closed by the end of the year, with a goal of eliminating 800 data centers by 2015. There are currently over 2,000 centers.  Kundra will also leave behind a legacy of saving the federal government $3 billion, thanks to the IT Dashboard that tracks the progress and cost of all federal IT projects. Websites such as Data.gov were also implemented under Kundra to solidify President Obama’s goal of transparency within the government.

VanRoekel will now manage an $80 billion IT budget, a bound to be adjustment for his business sector background.

Pinnacle Award Finalist Ron Thompson: ‘Giving Back is Interwoven into Who I Am as a Person’

Pinnacle Award Finalist Michael Scruggs: ‘The World Moves Fast, and We Need to Continuously Invest in Ourselves’