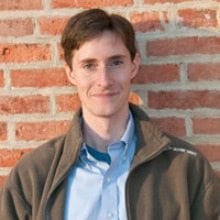 “Social media is important and oftentimes like the frontlines,” so says Darren Krape, Senior New Media Specialist at the Department of State and personal blogger. In his interview with WashingtonExec, Krape provided some pretty amazing stories of how social media prevented a potential crisis in Madagascar, its critical role in the Arab Uprisings as well as its unique role in other developing countries. Like some, Krape admits, “I remember before I joined Twitter I looked at it, and like everyone else, I assumed that that’s where you go post what you had for breakfast. I too had to be educated.” Besides providing some simple steps everyone can take to become involved with social media, Krape also described how the Department of State has evolved to produce a new way of connecting and outreach, as well as where he sees the future of technological innovation…in Kenya?

WashingtonExec:  How does the Department of State view social media?

Darren Krape: I work for the Bureau of International Information Programs; what we do is called “public diplomacy.” Our embassies and consulates hold in-person events, meet with members of local communities, visit schools, and so on.  We’ve been conducting public diplomacy for, really, the history of the State Department.  For us, social media is actually more of a natural progression than other agencies. We’ve been able to take to it very well because it meshes really well with things that we’ve been doing for quite some time.

Social media is a way to extend the reach of our programs and have an added impact in addition to our in-person engagement.  As a diplomat in the field, you may meet someone every six months. But if you are continuing to engage with them on Twitter or Facebook you have this sort of low level engagement that helps bridge the in-person connections.

WashingtonExec:  You’ve been all around the world. Is social media viewed differently by developing countries when compared with developed countries?

Darren Krape: Yes, the media landscape is incredibly uneven. Within countries you can have incredible diversity in how people use these tools.  It’s really fascinating the different patterns you see from different people on the same social networking sites. Facebook has 750 million users right now, many of us use the same tools, and but we use them in different ways.

I’ll give you a quick anecdote: When I was out in Jakarta to help put together a social media program for President Obama’s visit, I had a free day and went to the National Museum. I was walking around and a guy comes up to me and he says, “I’m a teacher and I’m guessing you are an American.”  I said, yes, I am an American.  He responded, saying, “I have a bunch of my students here.  Would you mind if they came over and chatted with you to practice their English and talk about American culture?”  So I ended up chatting with about 40 Indonesian junior high kids for about an hour. At the end of it I only had a couple of business cards so I handed them to the closest kids and they passed them between them. One by one they started coming up to me with their cell phones; these were not iPhones or Androids, they were basic feature phones.  They had my photo on them and asked if it was me.  It was my Facebook page.  I said, “Yes, that’s me.”  They immediately friended me on Facebook. So now I have 40 Indonesian kids as my friends on Facebook.

Getting back to what I was saying earlier about the different ways people use these tools – I looked at their profiles and a lot of them have 1,000 or 1,200 friends. And they are very conversational.  They use it in a very different way than a lot of people I know and work with.

WashingtonExec:  Citizens of developing and underdeveloped countries have cell phones, access to the Internet, but still do not have the infrastructure to have a computer.  How do you see this affecting the future of technology?

Darren Krape: Infrastructure is a secondary cause; the real reason for is that mobility is just cheap.  You can buy a basic cell phone for $20 or $30.  A decent laptop can easily set you back $400 – $600.  The cheapest Mac is $1000.  People can get access to technology for very little money.  The fortunate thing is that it is also, as you mentioned, you have the benefit of mobility.

Some of the most sophisticated mobile banking platforms for years have been in Africa because they have had widespread access to mobile phones but do not have the physical infrastructure. For example, M-PESA, which was started in Kenya, is talking about launching that in the West. You are going to start to see really impressive innovations being developed in places like Africa, India, Indonesia, China and so on where they have to be innovative very cheaply because these markets may have people who make a couple of dollars a day. You will start to see a lot more innovation coming from “developing countries” competing with established players in the West.  That’s going to be fascinating.

WashingtonExec:  Gearing back towards more of your personal blog – a lot of people when they hear the word “social media” are always worried about overexposure.  Where do you see the balance between privacy and expanding you personal brand online?

Darren Krape: If you Google me the top of that list are things that I control; my Facebook page, blog, Twitter account and so on.  By being out there publicly I am able to control my personal brand a lot easier than if I just let other people talk about me.  That’s kind of another more general point too; if you are not out there you can’t engage in the conversation, and you can’t help define what that conversation is.

WashingtonExec:  WashingtonExec found you through your recent post regarding the “best networked in D.C.” Why do you think being involved in social media is so important?

Darren Krape: I think that it really comes down to your objectives. I remember before I joined Twitter I looked at it, and like everyone else, I assumed that that’s where you go post what you had for breakfast. I too had to be educated. So you decide that you are interested in something, and then you follow some people, and you start tweeting about it, and people find you because of that.  What you start to see are these different sets of people interacting.  I can’t tell you how many people I’ve interacted with on Twitter and then I’ll meet them in person and I’m starting to put avatars to actual faces.  I think for personal networking it’s really, really useful.

WashingtonExec: What are some examples of social media helping a Department of State’s Mission?

Darren Krape: An example on the personal side of the professional side – during the revolutions in the Middle East the best on-the-ground information we received was from Twitter because people where in Tahrir Square live tweeting what was happening.  We were doing reporting basically to make sure that people in the State Department knew what was taking place.  I have two screens at home and on one screen I had Al-Jazeera and the other screen I had Twitter and I was following all of these people who were either in the Square or were re-tweeting those messages.  That is how I found out what was happening.  People were shooting live video so you have the perspective of the established channels, CNN, BBC, Al-Jazeera, and the official channel of the Egyptian government wasn’t showing anything.  You also have these raw, on the ground, views from the first person perspective so it’s really remarkable to see how half a world away you can find out what is happening very quickly.

This is why I feel social media is important and oftentimes like the frontlines.  Social media hopefully will show where the first problems are before it gets to the mainstream press.  There are so many examples of this where a company or a person was not paying attention to social media and didn’t realize there was a problem until it got to the front page of the newspapers.

I can give you one quick example from the State Department.  There was a coup in Madagascar a few years ago. There was a rumor that the post President had taken refuge in the US Embassy.  This was not true.  Fortunately people were paying attention at the State Department and noticed these rumors going around. They then put out tweets saying, “we don’t know where the President is and he is not in the mission.” The use of social media headed off a potential crisis situation for our mission. The American’s involved were paying attention and because they were paying attention they could respond. People then re-tweeted the announcement and it got back to the people who were tweeting this very, very quickly.  If they would have just issued a press release no one would have seen it or they might have seen it in a day or two and it would have been too late.

WashingtonExec: How do you think the private industry can or is helping support your efforts?

Darren Krape: There are several things the private sector is doing to help us. The most important thing is they are innovating new programs and products on their own. Just learning from what they are developing has strongly helped move our programs forward. With regards to more direct support, we’ve done several partnerships with private industry on a variety of programs. For example, we partnered with Google to run the Democracy Video Challenge, a contest where people around the world submitted videos explaining how they view democracy in their local context.

WashingtonExec: What is something you think everyone should understand about social media?

Darren Krape: That it’s not going away and I think that people, especially kids growing up nowadays, this is going to be how they operate. This is going to be a really core part of communications – as core as television or radio was in the past.  You need to be paying attention to this.  You don’t necessarily need to be engaging. But everybody should have Google alerts for their organization’s name, personal name.

I think the second thing is that it is not free.  People look at Facebook and Twitter and they say ‘there is no cost to sign up’.  But it takes a lot of time, a lot of eyes on the screen, to actually turn these into successes.  I was reading through some of the other interviews that you’ve done and there were a few questions about how the person was successful. A lot of them answered that while it looks like they were an overnight success, they were blogging for six years before they got any attention. One other thing is that it takes a team effort; the best programs that I have worked on have always been multi-disciplinary and a lot of different stakeholders.  Social media tools are really great at getting good people onboard with good collaboration – that leads to great results.