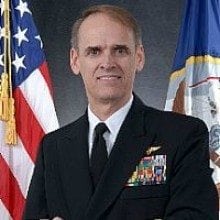 With a 30 year career serving as a naval officer and aviator, Kilcline has much experience in the field.  From 2004 to 2006 he served as commander of Naval Air Forces.  He also worked with the Office of the Chief of Naval Operations as director of Naval Warfare Integration and Assessment, and director of Air Warfare.

“With this new unit and Tom’s leadership, TASC will further strengthen our support of the U.S. Navy,” says Pat Talty, TASC’s senior vice president of Mission Engineering. “As a commander of Naval Air Forces and combat veteran, Tom understands the rapidly changing requirements of the Navy’s complex missions.”