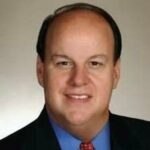 MacAulay-Brown (MacB), a leading engineering and technical services company, announced that it has selected Sid E. Fuchs as President and Chief Executive Officer starting Aug. 1.  He will be replacing Charles Schwegman, who is retiring after 14 years of service as President.

Fuchs possesses more than 25 years of experience in a variety of fields, such as intelligence, national security, aerospace and defense, commercial IT services and private equity.  Prior to joining MacB, Fuchs was a corporate officer at Northrop Grumman Corporation and was also President and CEO of TASC, Inc., a subsidiary of Northrup Grumman.  Under his direction, revenues grew from $450 million to over $1.2 billion.

“Sid brings a proven and substantial track record to MacB of successfully growing engineering and technology services companies in our core markets,” said Syd Martin, Vice Chairman of the Board of MacB and founder of The Sytex Group (TSGI).  “His strong technical and business background, demonstrated leadership, extensive executive experience and breadth and depth of relationships across the defense and intelligence communities will be instrumental as we continue on our incredibly strong growth trajectory.”