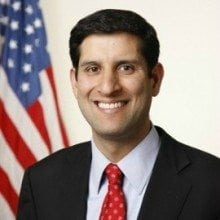 Vivek Kundra, the nation’s first Federal CIO, is leaving at the beginning of August for a research post at Harvard University and had a lot to say about what must be done to continue the path to an efficient, transparent, and innovative federal government.

Here is a recap of what Kundra touched on last week at the House Oversight and Government Reform subcommittee on technology, information policy, intergovernmental relations and procurement:

Next.gov: He brought cloud computing to Washington to create an innovative and efficient government.

“That was one of the first meetings I had with the [agency]CIOs, I said, ‘cloud first’ and now we’ve seen this birth of a cloud industry . . . Amazon, Salesforce, Google, all of these new entrants that never competed for federal business before are now driving it and they’ve built entire teams that are focusing on government. And we want that. We want Darwinian competition that benefits the taxpayer,” Kundra said on Thursday.

ComputerWorld: Kundra criticized the current government procurement process and hopes that by reforming the federal acquisition process the most innovative and least costly information technology will be brought to the federal government.

“We almost have an IT cartel within federal IT” that’s made up of “very few companies” that benefit from government spending “because they understand the procurement process better than anyone else…It’s not because they provide better technology,” explained Kundra.

FierceGovernment: USA.gov is the first step of many to create a transparent and user-friendly government.

“The idea is that for an average American person, they shouldn’t have to navigate the federal bureaucracy to figure out what services they want. They should be able to go onto USA.gov search,” Kundra explained on Thursday.