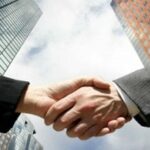 MANDIANT, a leading solutions and services in advanced threat detection and response, selected Dave Merkel as its new Chief Technology Officer on Wednesday.

His responsibilities will include overseeing product development, technology partnerships, solution innovation, competitive differentiation and the distribution of progressive threat recognition and response solutions for the business.

“There was no question we had the best fit for a CTO right here on staff and we look forward to Dave’s continued impact and success in his new role as CTO,” said MANDIANT President Travis Reese.

Merkel joined MANDIANT in 2006.  He previously worked for AOL for seven years directing security operations.  He also worked in the information security and incident response field for more than 15 years, as well as served as a federal agent in the United States Air Force.

Merkel graduated from the University of Colorado at Boulder with a Bachelor of Science degree in computer science.