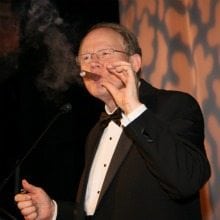 The William Oliver Baker Award is given by the Intelligence and National Security Alliance (INSA) to those who “promote excellence in the intelligence and national security activities of the United States government and associated endeavors in the private sector.”

Above: Admiral McConnell smoked a cigar as his “last act of defiance” and in celebration of the Navy SEALs elite “Team 6” success in the capturing and killing of Osama Bin Laden. 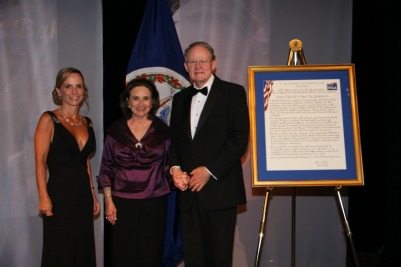