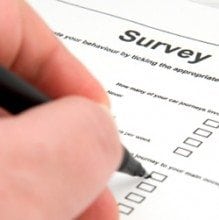 National Association for the Self-Employed (NASE), a non-profit organization and leading resource for the self-employed and small businesses conducted an online survey.  Because of the federal government’s recent announcement of hitting the debt limit, NASE released the survey’s results as a response to the current economic climate.  The online survey was taken between May 3rd and 11th by about 500 self-employed and small business owners.

The majority of these entrepreneurs said that spending for domestic programs, job creation, tax cuts and federal sponsorships should be scaled back.  Other results showed that 93 percent of micro-businesses voted that they were moderately to significantly concern about the federal budget deficit.  74 percent thought the federal budget deficit is a severe problem that needs to be addressed with quick action.