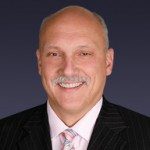 Determination is what drives Stu Shea, founder and CEO of the United States Geospatial Intelligence Foundation (USGIF).  His honesty and integrity are just a few aspects that make up his personal philosophy.  This philosophy is what has helped Shea succeed for almost 30 years of his career.

Along with holding the position of president of the Intelligence, Surveillance and Reconnaissance (ISR) Group for the Science Applications International Corporation (SAIC), Shea has become a defining leader in the community and government.  USGIF’s purpose is to promote and develop a strong intelligence professionals’ community.  The goals of the organization certainly reflect those of the man who created it.  Shea, known for his strong and positive attitude, believes in having a strong business with a great team working at his side.

Positive and on-going communication within teams, and even social media, is an important piece of advice he likes to offer to others.  “When it comes to social media the best way to solve a problem is by letting as many people as possible solve it for you,” said Shea.  “Even a simple thought can receive many responses and concerns from different people.  But be careful to use it for communicating and sourcing, not as facts.”

Within his list of businesses he has assisted, Shea has been recognized for his accomplishments, such as being the recipient of Federal Computer Week Federal 100 Award for the top executives in the IT industry in 2009.  Also, in 2003 Shea was awarded by being appointed to the National Commission for the Review of the Research and Development programs of the U.S. Intelligence Community.

Most people who have worked with Shea would say that he earned those honors because he is simply a hard worker.  But his sense of strength and willpower is most revealed when having to sing at several coffeehouses during his college days in order to pay for an education.  With a bachelor’s of science degree from the State University of New York in Albany, a master’s degree from the University of Kansas, and a graduate from several executive education programs, it just shows that determination has been a key element to Shea’s nature from the start.