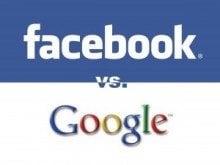 Earlier this week The Daily Beast broke the story that Facebook secretly hired prominent public relations firm Burson-Marsteller to encourage journalists to write negative articles about an obscure gmail feature: Social Circle.  Score one for journalism as the story quickly unfolded and Facebook spokesmen were scrambling to justify their efforts.

Burson-Marsteller’s smear campaign was first outed in a tweet by security and privacy researcher and blogger Christopher Soghoian, who wrote:
Just pitched by PR firm wanting ghost write an anti-Google op-ed for me.  I am quite capable of authoring my own anti-google stuff thank you.

USA Today further developed the story by confirming the firm Burson-Marsteller approached them with the negative and largely untrue story.

The Daily Beast’s Dan Lyons reported that:
Confronted with evidence, a Facebook spokesman last night confirmed that Facebook hired Burson, citing two reasons: First, because it believes Google is doing some things in social networking that raise privacy concerns; second, and perhaps more important, because Facebook resents Google’s attempts to use Facebook data in its own social-networking service.

So what exactly is making Facebook, the social networking behemoth squirm?  I’ve been on Facebook in the last hour, but never looked at Social Circle. For the rest of you apparently under a rock like me, here’s the rundown:

If you have a gmail account, click this link and you will be taken to a page that lists your social circle as Google sees it. Your connections are split down into friends from your chat and contacts, friends from your Google profile, and secondary connections gathered from public associations with your friends.

The areas Google gathers information from include:

Additionally, and more interestingly, if you’re signed in to Google, your search results may highlight relevant content that’s created by or shared by your social connections. Your Social Search experience is personal and the highlighted content that you see is unique to you and your social connections.  Websites, blogs, tweets, reviews, Flickr images and yes maybe even Facebook posts could be included in these search results.

Some people think it’s creepy, but I tend to disagree.  Google Social Circle and Search are only an aggregate of all your publicly available information.  If you didn’t want it to be found, why did you make it public?

So Facebook, why all the fuss, really?  In a pitch to journalists, Burson described the tool in borderline apocalyptic terms:
The American people must be made aware of the now immediate intrusions into their deeply personal lives Google is cataloging and broadcasting every minute of every day-without their permission.

This coming from the same company that is being taken to task by Congress over a new security flaw that exposes user data, and tried to keep it out of public scrutiny.

Blogger Dan Tynan thinks it comes down to advertisers and control:
Here’s the deal: Facebook is running its own private little Internet on the greater public Internet. Facebook likes its little walled garden because it’s got a captive audience for its advertisers. At the same time, though, Facebook also likes to get the oodles of traffic Google brings. So it lets just a little data out to draw people in.

That’s why you can find someone’s Facebook’s profile via Google, and maybe one or two photos. But you can’t Google someone’s Facebook status updates the way you can Google the same person’s tweets, or find all the photos they’ve posted. Facebook won’t allow it.

This fight is all about how much of that Facebook data leaks out onto Google. Facebook is afraid if Google Social Circles catches on, people will use it (and not Facebook) to make new connections.