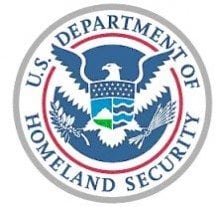 The Department of Homeland Security (DHS) has begun planning to move their public websites into “the cloud.”

With draft “request for quotation” (RFQ) released May 12, and a final one expected to come May 20, DHS is looking for bids on its first task order under the infrastructure-as-a-service blanket purchase order to arrive by May 26.

Richard Spires, chief information officer for DHS, has remarked he would like to see DHS public websites move into the cloud–speaking on the subject at the recent “Management of Change Conference.”

“We also are embarking upon a public cloud strategy,” Spires said. “We’re starting or putting our toe in the water. As we get more experience with that, as FedRAMP comes online…as the security issues get worked out, I think you will see a much more aggressive shift by a number of agencies and I think even DHS will be in this where we will start to move more and more of our stuff to the public cloud as long as we are comfortable with the security.”

The draft RFQ hits similar notes, saying “The primary purpose of this acquisition is to establish the consolidated and integrated web service delivery capability for development/test, staging/pre-production and production platform that will streamline the migration, implementation and support of current and future DHS public-facing websites to the public cloud… In addition, this includes all work associated with Web hosting, virtual machines, storage and migration as well as application services to support DHS public websites.”

Spires has said he plans to move the public-facing websites for FEMA and the Citizen and Immigration Service (CIS) to the cloud first, with other DHS sites following suit if the public cloud proves successful.

The task order will be for a one-year initial, with two more one-year options.