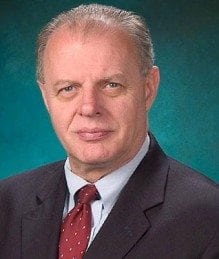 Interesting article by Federal News Radio about how at the beginning of the Obama Administration there was an emphasis on cybersecurity; a new Cyber Czar, the Cyberspace Policy Review. However, over the President’s 15 months in office protecting government infrastructure seems to have taken a back seat in regards to technology issues; most emphasis has been placed upon civilian cybersecurity, not national security.

Howard Schmidt is featured in the article. He argues that, “It’s not that we are redoing policy every five days or every month. Once the policy is set then it goes in operational mode and that is the part the CISOs and CIOs are working with DHS to do. I can’t understand why there is this ‘gee, why is there a lack of discussion about this stuff?’ The discussion already has taken place. Now, we are getting from talking about this stuff to getting it done. And that doesn’t involve me going out and meeting with agencies, that’s the people who are doing the day-to-day work and dealing with all of these issues, vulnerabilities and patches and things like that.”

Schmidt also said, “It’s not a matter of having to go in and sell the importance of cybersecurity with departments and agencies. Agency deputy secretaries and secretaries are giving this tremendous attention. Everyone gets it and wants to figure out how do we make it better.”